Why go sailing with kids? Why not wait until the boys are grown and make it a couple cruise instead of bringing them along?

Isn’t this dangerous? What about school? Are you allowed to take the kids out of school? What about socialization? These are just a few of the questions that we are being asked when people hear about our trip. Questions we have asked ourselves many times of the last 3 years since we had started planning I have to say. But after discussing it over and over again the advantages outweighed the drawbacks each time. 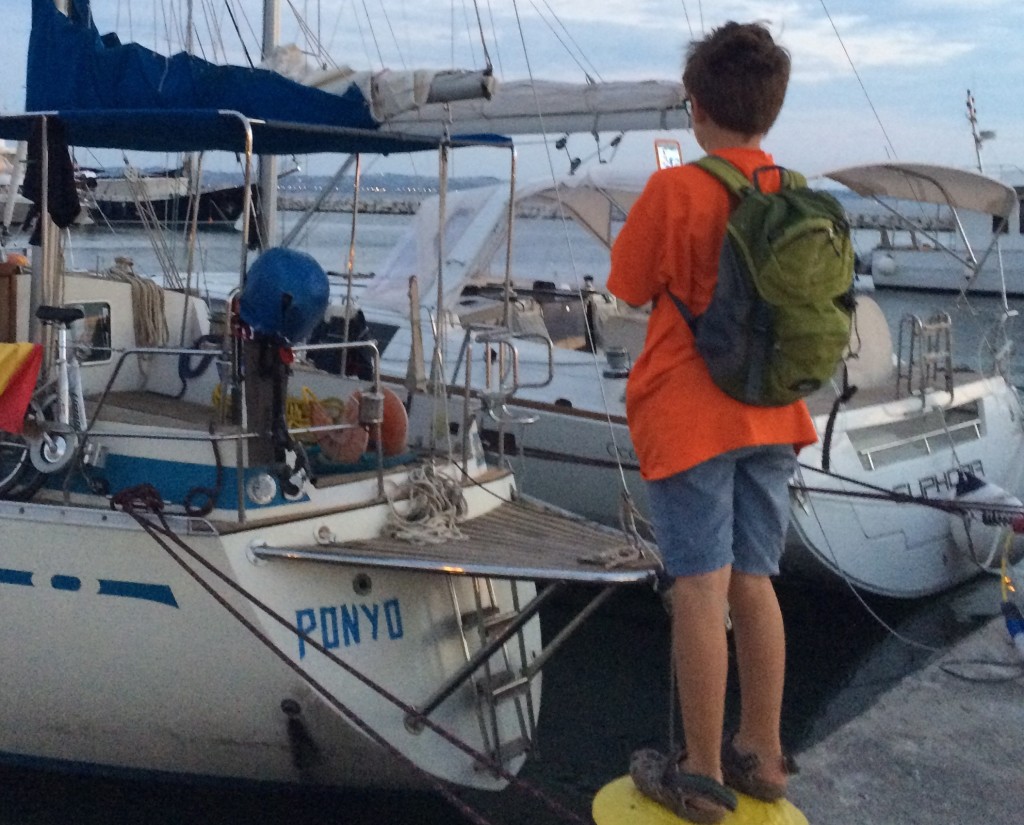 Sailing with kids – do the benefits outweigh the drawbacks?

Getting out of the system

The German school system is very strict, you are usually not allowed to homeschool your children. Execution of this so called „Schulgebäudeanwesenheitspflicht“ (could be translated as „school building attendance duty“ yeah German does have these fantastic words) is more or less strict depending on the federal state you are from. Our federal state Bavaria is among the strictest, so it would have been very difficult to get the boys out of the system. We decided to officially deregister so for now we don’t have an official home address. And if you aren’t a registered inhabitant of Germany no one can force your children to go to school. Read more about our stance on education and boat-schooling here!

We would have preferred a less drastic method but our boys‘ school didn’t seem very cooperative and supportive. But more importantly the main reason for deregistering was to be able to cancel our national health care plan which is mandatory in Germany and very expensive if you aren’t making a lot of money. We are covered by a special long term travel health insurance for sailors.

(Information for Germans: There is this myth that if you aren’t registered in Germany you can’t get „Kindergeld“ (child allowance). This is not entirely correct: if you aren’t registered anywhere else and you can plausibly explain that you are still working and paying taxes in Germany (at least turn in your tax statement in Germany) you are still eligible for child allowance. I’m going back to Germany for coaching jobs every other month or so.)

A word on safety: The idea of a little boat surrounded by thousands of liters of water can be a little daunting at first, I felt the same in the beginning. But if you think about it sailing isn’t any more dangerous than other means of transport. A plane can crash and cars have accidents all the time. A boat could theoretically sink but that is so much more unlikely than a plane crash or a car accident. Of course we have all sorts of safety gear on board: vests, belts, life raft, emergency buoy, beacons and flares – just in case. As long as we are in the Mediterranean there will always be a coast not too far away. The coast is by far more dangerous to a boat than the sea by the way: reefs and rocks can be quite a threat!

Our boys used to ride their bikes to school every morning. We are living near the city center of Munich and traffic in rush hour can get quite hectic. The possibility of a car running them over was probably much higher than something happening to them on our boat.

Last but not least: Ponyo is a very sturdy Danish North Sea Sailboat with a thick hull and extremely strong shrouds that can ride out any storm!

The benefits outweigh the drawbacks

So what about the benefits then? Well, there are so many. For a start they will get to see places they wouldn’t see otherwise. They will understand ecology and environmental protection on a much deeper level when they realize how overfished the Mediterranean is and how much plastic is washed up ashore. They will experience self-efficacy by being an important and full-fledged team member. They can learn and improve their language skills. They will get to use the laws of physics and chemistry in the most practical sense (corrosion, forces and many more). Ric and I wish them to grow up to be responsible and kind men who can put things in perspective and know how to be happy. We deeply believe this is going to help them achieve that.