Read this before renting a car online (through a portal)! 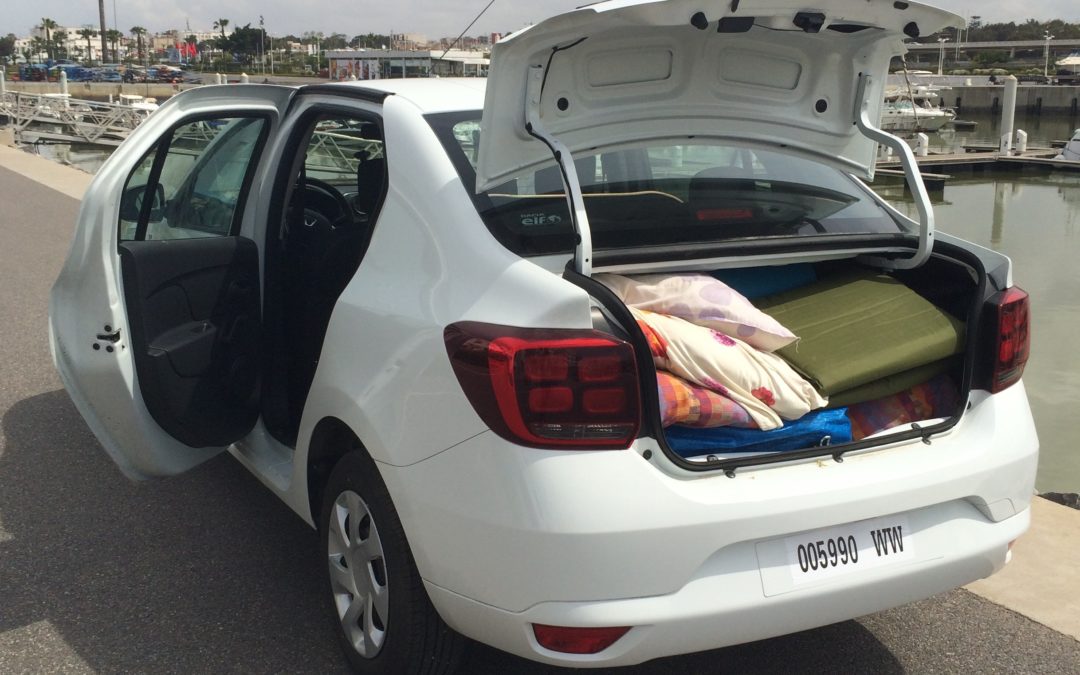 Since we are traveling by boat and there is four of us, renting a car to get to inland destinations makes sense. We like public transport a lot but the boys are at an age where they pay full price for tickets in most countries, hence it’s just more economic to rent a car. There is now an infinite numbers of online portals that you can use to make your booking. Especially in holiday destinations car rental is surprisingly inexpensive, so cheap that you might get suspicious and rightful so!

Over the last year we have rented several cars with several companies and portals and we have collected some knowledge and experience that we are happy to share. Also to prevent you from making the same mistakes and experiencing the same frustration as we did at times.

The cheaper the more hidden costs

Very often you’ll find offers you will think are too good to be true. And you are right. No car rental company is going to give you a car for €1 per day or even less (Mallorca!!) without trying to get money from you otherwise. Like through an extra insurance they will strongly advice you to buy. Or a tank full of diesel/gasoline that you are obliged to purchase from them. Or empty to empty regulations. Or an extra service fee they are going to charge. So whenever you see a super cheap offer look closely. There are portals that make these extra fees clearer than others. For Germans – as of 2017 –  this is especially billigermietwagen.de (this is no affiliate link, it might be one day but I can’t be bothered just yet.).

Car rental portals: Can they be trusted?

Billigermietwagen.de, CardelMar, Rental Car, Auto Europe and the like – these companies don’t have their own cars, they just act as agents between the costumer (you) and the provider (like Hertz, Avis and cheaper and/or more local rental companies). So when you make a booking over one of these portals you have to be aware that as long as the portal hasn’t confirmed with the rental company, you have nothing. It happened to us on several occasions that we booked a car via portal only to receive a cancellation somewhere between a couple of hours to a few days later. Especially when your pick-up location differs from the drop-off location that’s a frequent problem. Also most portals don’t tell you beforehand about the extra fees to return a car at a different office. Or about non-matching opening hours (like when you arrive late or fly out early), the cheaper providers often close at 8pm and don’t open before 7am. But you can still make the booking in the portal and think everything is fine. Until it isn’t.

So which portal would I recommend? For me it’s all about information. I’m aware these portals can’t work miracles and if the rental company doesn’t cooperate there’s not much they can do. But I want as much info as possible. About hidden extra fees, opening hours, flexibility, insurance etc. Billigermietwagen.de (for Germans) at least tells you about hidden extra fees early on in the booking process. I’m not a big fan of them however, friendliness is less than mediocre when you have something to object to. At least I had an arrogant prick on the phone both times I was trying to complain about something. I also tried CardelMar, Rental Car and Auto Europe and I have mixed experiences I’m happy to share!

You only book a class of car, not a specific car

That has also happened to us, again via a portal. I specifically asked for a special type of car, also because we wanted to try it out, we even payed extra for the higher class this car was in. And of course we got another brand from the rental company, stating that it was impossible to ask for a specific type of car. They’ll just give you whatever is available in that class. The portal service guy on the phone might promise you the blue from the sky as we say in German but in the end it doesn’t help you because the contract just guarantees you a certain class and not a specific car. By the way that was one of the occasions I had to deal with an unfriendly call center employer. I wanted to get a refund at least for the more expensive class but to no avail.

One of the extra fees you are normally urged to pay with cheap rental companies is for the so-called APP (Accident Protection Package) (in German: Selbstbehalt- oder Selbstbeteiligungsversicherung), so what’s with that? By law you are covered in case of an accident up until a certain sum (depends on the country, with cheap car rental companies it’s usual the minimum coverage they can get away with), so far so good. Now there is the but: In most cases – again with budget companies but also with the established agencies – this insurance excludes a sum as much as 1500€ or more. So if anything happens to the car you will have to pay up to this sum out of your own pocket. Cheaper car rental companies make extra money by selling you an insurance so you don’t have to pay this excess and that’s of course overpriced. If you don’t take that insurance they’ll block the sum of their excess on your credit card (so make sure you have that money on there if you don’t want to buy their insurance) and you run the risk that they foist an old damage on you that you didn’t cause, so check the car thoroughly before driving away and I mean thoroughly. Especially hidden spots like underneath the bumper. Have them protocol everything you see.

If you don’t want to buy their overpriced insurance and you still want to be on the safe side there’s an alternative, I just found out recently. There are insurance companies that offer rental car excess insurance for a lot less than your rental company sells them for. For Germans: HanseMerkur has an insurance you can book on a day-to-day base (world-wide-coverage, €6 per day). Or www.leihwagenversicherung.de for German residents, they are slightly more expensive but you can get an all-year-insurance with them for worldwide coverage for €99.- (only Europe is €69.-). Makes sense when you often rent cars. For non-Germans: I found these insurances very easily with Google, just type in something like: damage excess insurance or the respective expression in your language :). Be aware that you’ll still get the excess blocked on your card since it’s not the rental company’s insurance. They’ll still make you pay if something happens but you can get the money back from whoever you are insured with. That’s the same thing by the way if you rent via an online portal. You will be offered their own insurance package, and these packages are indeed worth checking out. Even though in most cases they are not the best deal you sometimes hit gold.

But remember, also when you get the insurance with the online portal, the rental company will still want to block a certain sum on your card and you will have to claim the money back from the portal’s insurance.